Nicki Minaj: The Night Is Young, But We’re Getting Old 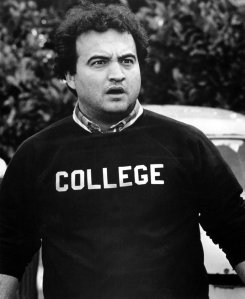 I was home all last week with a newborn. When I’m home I listen to a lot of podcasts, sports radio, and pandora. I haven’t sprung for spotify mobile yet; once I come into some money I’ll make it happen. A song came on my pandora called “The Night Is Still Young” by Nicki Minaj. If your unfamiliar with Nicki don’t google her, you will regret it. Anyways, the chorus is: “The night is still young and so are we.” That lyric caught my attention because Nicki has been out for a while. I googled her age and she is actually 32 years old. That may be young to some people, but in the context of the message behind song, 32 is no spring chicken. The majority of the song is about getting wasted and “living it up” while you still can. The fact that 32 is considered an acceptable age to stay out all night clubbing and hooking up is absurd to me. We have obviously seen a huge shift in America where the growth and maturity of our teens and young adults is being stunted. People are marrying later, playing more video games, living with their parents longer, and caring about their future less. Its called delayed adolescence. It’s somewhat of an epidemic. Nicki’s song really sparked some thoughts on this epidemic.

Now I don’t know how to change the cultural standard on when it’s time to grow up. I don’t know how to get all the 27 year old men to move out of their parents house; or how to stop playing video games into the Wii hours of the morning. (See what I did there? That wasn’t a typo.) But I do know that the Bible speaks to every modern day issue. The apostle Paul, and Jesus Christ himself, give us some good direction about how to get some direction.

Marriage is obviously not the answer for everything. But nothing forces us to mature more than marriage. I thought I was a mature 22 year old, until I got married…. I was sorely mistaken. So if you love Jesus, have a good job, and are in a solid community, find a woman and put a ring on it. In Matthew 19 Jesus said a man shall leave his father and mother cling to his wife. I don’t think Jesus intended a 15 year gap in-between leaving your parents, and finding your wife. It’s not rocket science.

So thanks Nicki for giving us some fodder for this discussion. I hope when you read this blog you’re not offended at my comment on your age. I truly don’t think you’re old. I just think our thirties should be about raising our kids, not raising our glass in the club.

I am a husband, and soon to be father. I work at Lifepoint church in Vancouver, Wa with the high school and middle school students. Drews@lpcvan.com
View all posts by Dsaccenti →
This entry was posted in 2theSource, Discipleship, Marriage. Bookmark the permalink.

4 Responses to Nicki Minaj: The Night Is Young, But We’re Getting Old