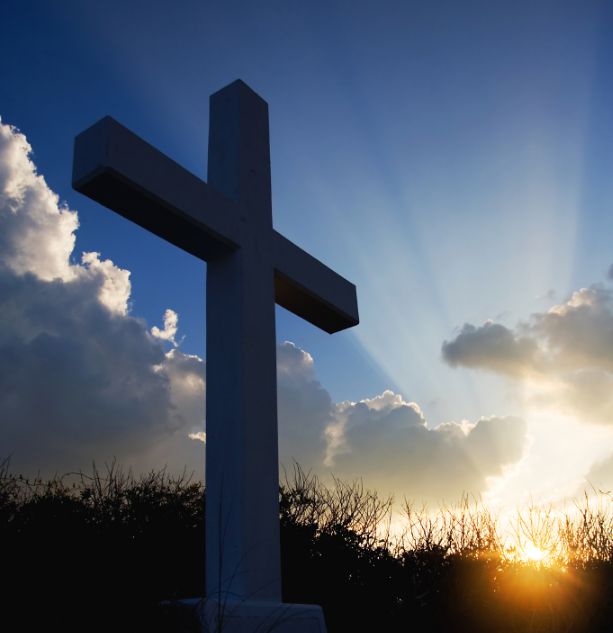 As you drive up to our church facility (like many others across the world) you will see a very prominent symbol, which many hold dear, fastened to the top of our building. It is a symbol that millions of people around the world wear around their necks or wrists, thousands others have tattooed on their bodies, and hundreds of millions represent and remember as they wave their hand across their chest and forehead. The symbol I’m referring to is the cross.

If you and I were first century Romans or Jews we would think that all this going on about a cross was preposterous. A cross was a symbol of bloody brutality in their culture. I read this article recently about the physical/medical realities of crucifixion, and it almost made me sick to think about what victims who hung upon a cross experienced as they died. You can’t get any more brutal than a cross.

Yet, this Sunday in churches around the world, millions and millions of people will gather and sing songs about the cross. Here is one of my favorites, by Rend Collective Experiment:

Your blood offers the chance
To rewind to innocence
Reborn, perfect as a child

We sing songs about the cross being beautiful, wonderful, peaceful, lovely, priceless, matchless, boundless, and precious. We sing about how the cross changes everything.

The cross has gone from brutal to beautiful.

Because Jesus was pinned to it by 3 stakes until he bled out and died.

So, is the cross just a memorial symbol? Not in the least. His death was a substitutionary death. Meaning, his death applies to anyone who puts their faith in the risen Jesus, asking him to exchange his record before God for theirs.

This is why Jesus’ death, and the instrument upon which he died, became immediate representations of hope for followers of Jesus.

The cross went from brutal to beautiful when Jesus died on it.

Throughout the New Testament (outside the gospels) the death of Jesus is mentioned 44 times, the cross of Christ 12 times, and crucifixion 14 times. So, no less than 70 times, the first century writers of the Bible mention Jesus’ death and the cross. It instantly became central to the faith.

Galatians 6:14
But far be it from me to boast except in the cross of our Lord Jesus Christ, by which the world has been crucified to me, and I to the world.

1 Corinthians 1:18
For the word of the cross is folly to those who are perishing, but to us who are being saved it is the power of God.

1 Response to Why the Cross?